Ace In The Hole

Ace In The Hole is the seventh episode of season 2 of The Listener.

The death of a CSIS agent and a breach of classified intelligence prompt Michelle to turn to her estranged husband and Toby to infiltrate a high-stakes poker game and uncover the missing puzzle pieces surrounding the mystery.

When Michelle and Dev investigate the suspicious death of a CSIS (Canadian Security Intelligence Service) agent, the IIB uncovers a breach of classified intelligence. When autopsy results reveal the cause of death as drowning in chlorinated water and cell phone records point to a downtown hotel, a discrete high-stakes poker game based in that hotel becomes the focus of attention. Michelle approaches her estranged husband, Adam, who has built a bit of a reputation as a card shark. Adam volunteers to infiltrate the poker game but Michelle wants to send one of her own with him: Toby. When it's revealed that one of Adam's old acquaintances, Jake (Thomas Craig), is renting the game's venue, Adam baits Jake with the opportunity to settle an old score. Jake can't resist, and Toby and Adam are invited to the game...

"Big Bad Wolf" by The Heavy 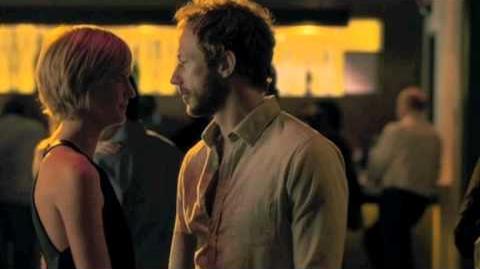 The Listener Ep 207 "Ace in the Hole" - Exclusive Clip

Arnold Pinnock is credited but does not appear in this episode.