Crime Seen is the second episode of Season 2 of The Listener.

McCluskey recruits Toby on a case involving smuggled weapons, which takes a turn for the worse when an undercover operative winds up dead.

McCluskey approaches Toby for assistance when she suspects her undercover operative, Nick Auletti (Michael Majeski), might be in danger while working on a high-profile 11 weapons smuggling case. When McCluskey sends Toby into a restaurant to "listen" to a conversation between Nick and a suspected gunrunner, her worst fears are confirmed: Nick's cover has been blown. McCluskey pulls the plug on the operation fearing for Nick's safety, but the headstrong Nick throws himself back in the game -- with tragic results. When Toby visits Nick in a coma at the hospital and reads his thoughts, he's interrupted by McCluskey, who demands an explanation for Toby's presence. Having "seen" Nick's assault, Toby has no choice but to reveal his telepathic abilities to McCluskey. When confronted with incontrovertible evidence of his abilities... 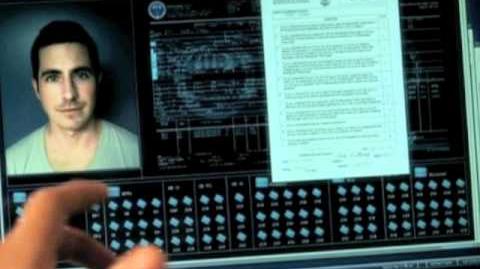