Eye of the Storm

Eye of the Storm is the twelfth episode of season 2 of The Listener.

Toby and theIIB investigate a national security breach when a sex tape featuring the Minister of Foreign Affairs goes viral.

The IIB is alerted when an Internet whistleblower, Gregory Wassermann (Jonas Chernick), threatens to go public with a vast release of sensitive government documents. A public broadcast debate on government transparency between the Minister of Foreign Affairs, Diane Feeny (Cynthia Dale), and her political adversary, Dennis Thorpe (Michael Therriault), is interrupted by a sex video released via the Internet. The video feature Diane and a male co-star, whom Michelle (Lauren Lee Smith) and Dev (Rainbow Sun Francks) identify as Tyler Rooker (Jonathan Keltz), an escort who has since disappeared from the agency he worked for. When the IIB captures and interrogates Wassermann, Toby "sees" critical evidence linking Wassermann to a mysterious woman. Toby extracts Tyler's whereabouts from the escort agency and, after Michelle questions Tyler, Toby "sees" the same woman linked to the Internet leaker...

Watch the episode on CTV.ca 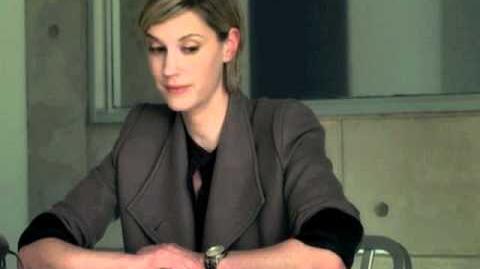 The Listener Ep 212 "Eye of the Storm" - Exclusive Clip
Community content is available under CC-BY-SA unless otherwise noted.
Advertisement