The Listener is a Canadian sci-fi drama series centered around the character Toby Logan. The show itself is filmed and based in Toronto, Canada. The Listener premiered June 3, 2009 on CTV and NBC. August 6, 2014 it was announced that Season 5 would be the final season of The Listener.

The Listener is about a 30-year-old paramedic called Toby Logan who is a living with a secret: he can read people’s minds. Until now, he’s kept it to himself, fearing that his telepathic powers were a sign that he’s slowly but surely losing his mind. However, the more he learns how to use it, the more he comes to believe that this telepathy thing can be pretty darn cool – that this confounding curse might, in fact, be a gift. Now that Toby has decided to step out of the shadows, and embrace his fate, he’s got a new perspective on life.

After season 1, The Listener's opening sequence was shortened and changed. 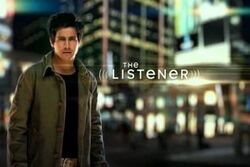 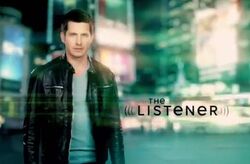 After Season 1, the entire writing staff was replaced. [1]