(real name William)Toby Logan is a former paramedic with telepathic abilities. With his abilities, he decides to use them to help the police and IIB solve crimes.

Toby is a kind and compassionate person who is willing to help others in need. Due to his telepathy and personal experiences, he is compassionate and treats marginalized people as equals.

He is also confident in his abilities, sometimes to the point of recklessness. His eagerness to help people and confront wrong-doers often puts him in extreme danger. He is usually able to talk his way out of trouble, but not always. He is willing to fight physically to protect himself or others, although he is not a particularly skilled fighter.

Toby enjoys physical activities such as jogging, hockey, and basketball. He owns a motorbike as of Season 2. He is interested in spirituality and psychology, and develops an interest in criminology when he begins working for the IIB.

Toby has difficulty being open with people and committing to a relationship. His secrecy led Olivia Fawcett to break up with him. He had a string of brief relationships with various women, but did not get close to any of them. He believed that his ability to read minds made a normal relationship impossible.

He finally settled down with the one woman he couldn't read, Tia Tremblay.

When he was five years old, Toby (then named William, last name unknown), his mother Maya, and his newborn brother escaped from a place or organization he knew only as the Institute, with the help of Frank Cardea. Soon after, Victor Cloonie came to the trailer where Maya and her sons were hiding and took Toby's baby brother. Fearing that her elder son would also be taken, Maya burned the trailer and told him to change his name to Toby Logan.

In desperation, she jumped into a river with him and they became separated. Frank rescued Toby from drowning but believed, at the time, that Maya had drowned. Toby has no other memories of his early childhood, and did not remember his birth name until Frank reminded him.

Frank took Toby, who was unable to shut out other people's thoughts, to a psychiatrist, Dr. Ray Mercer. Ray taught him how to control his abilities and became Toby's confidant and mentor. Toby was in the foster care system until he turned 18. He suffered some abuse in foster care, and frequently got in trouble with other foster kids (such as Len Gazicki). At 15, he spent three months living on the streets, and was arrested for destruction of property in Yavapai County, Arizona. He spent some time in juvie. Despite all this, he dreamed of becoming a doctor and graduated high school.

As a young man, he dated Lori Black in Vancouver and revealed to her his gift. He made some attempts to make money using his telepathy, with limited success. Because he still had difficulty controlling his gift and was afraid of becoming a career criminal (as Len had), he broke up with Lori and moved away from Vancouver.

Toby decided that the best way to change his path was to help people, so he enrolled in paramedic college. Around this time, he met Osman Bey, who became his best friend and paramedic partner. He also met Dr. Olivia Fawcett whom he dated, but broke up with.

Toby is in the car with Oz discussing about paramedic duties when, Toby gets a flash of a woman in trouble in a car accident. Toby discovers the car near them and goes to help pull the woman out just in time before the car explodes. Toby knowing that the Anna's child was taken and mentions it to Detective Marks. Toby decides to visit the kid's daycare and soon finds a car with a dead cop body in it. Realizing the partner of the dead cop was the kidnapper and murder, Toby investigates and finds that Henderson took them to the cabin. Toby manages to them down and save them.

In Emotional Rescue, Toby gets jealous of Olivia's new fling and decides to sabatoge the dates. In A Voice In the Dark, Toby discovers a homeless man's link to a missing girl and saves her. In Some Kinda Love, Toby goes out with Mina Delia Croce before she is killed and works to find her killer. In Lisa Says, Toby helps a young boy named Daniel who is involved with the wrong crowd. During this time, Toby reveals to Oz his ability. In Foggy Notion, Toby helps a blind woman find her brother's killer. In Iris, Toby meets Iris Frost, a young girl with aparent healing abilities. Realizing she is in danger, Toby rushes to help her. He soon realizes that Iris is a telepath like him. Later that evening, he reveals to Charlie Marks that he can read minds. In One Way or Another, Toby faces dislike from Charlie, who now knows Toby can go into her mind. With the recent victim of a rape case, Toby knows shes lying and begins doing some investigation of his own. He eventually saves Charlie from the real perp of the rapes and puts a stop to it.

In Inside Man, Charlie asks Toby for his help on case where the only survivor was the son of the family murdered. In Missing, Oz asks Toby for his help to find a missing person so Oz can get the reward money for his parents. In Beginning To See The Light Toby is trying to save a man when he dies and Toby witnesses what he is seeing as he passes away. Toby decides to find the woman that the man was thinking about before he died. Toby eventually figures out that the woman was the man's daughter he hadn't seen in a while.

In My Sister's Keeper, Toby is called to be a witness for a murder case that Toby was involved in. Toby finds out that his real name is William from a man that Oz and Toby had brought to the hospital the other day. In The Journey, Toby reveals to Olivia his telepathic abilities and they begin looking for his mother while avoiding Victor Cloonie. Charlie risked her life to save Toby and got shot.

It's a year and a half later and Toby has finally come to terms with his telepathic powers and is still working with his paramedic partner Osman Bey. In Lady in the Lake, Toby and Oz are called to a scene of a unconsious woman by the lake. They bring her to the hospital where Toby decides to help her figure out who she is. They retrace her steps and this is when Toby meets Michelle McCluskey and Dev Clark for the first time. In Crime Seen, Toby reveals to Michelle he can read minds and Michelle uses him on her current case. Toby checks if the group that Nick Auletti knows if he is a cop or not.

In the episodeIn His Sights, Michelle asks Toby to help with a assasination threat, so Toby and Oz head to the scene as paramedics.

When Toby goes into a bank, his ability reads the man he bumps into as he is leaving. Knowing the bank is about to be robbed, Toby decides to head back into the bank to attempt to warn the guard. But too late, the robber head into motion and Toby becomes a hostage. During the hostage situation, Toby begins reading the guards and keeping people calm. He soon finds out the robber's names and with the injured bank guard, he sends a message to Michelle. Later on, Toby gets hired by the IIB as a new special consultant.

In Blast from the Past, Toby and Michelle head to Vancouver to investigate a string of high tech thieves. During the case, Toby runs across a former ex-girlfriend Lori Black, whom he had previously told about his gift. When Toby gets too close to the group of thieves, he is grabbed by the group and interrogated for information the cops have on them.

In the first episode of the season, Toby visited Michelle who had a baby recently. He and Tia moved in together. Toby also starts to carry a gun with him.

Toby was born with the ability to read people's minds. First and foremost, Toby can hear what people are thinking at that moment. This ability takes different styles depending how deep the thought is. If someone is remembering a moment when speaking, Toby gets a visual image of what the person saw, heard and did. Toby tends to remember these facts and it comes in handy when solving mysteries.

As a child, he was unable to shut out others' thoughts at all, until Ray Mercer helped him. As a teen, he struggled with separating his identity from how others perceived him. However, he had developed a talent for defusing fights and solving problems. By the time he became a paramedic, he had a good level of control over his ability, but would still overhear others' thoughts without meaning to. Once he began using his telepathy to help people, his maximum range increased to between 100 and 200 feet, and his control also improved significantly. For instance, while he was unable to completely block out Charlie Marks' thoughts, he was able to block Michelle's a couple of years later.

Under certain circumstances, Toby can see auras and the movement of energy that people feel (like musicians and people in meditative states). When relaxed, he can also make his own aura visible to himself.

He can converse telepathically but only with other telepaths. He was able to resist Elizabeth Simmonds' power to influence people's minds. He cannot always clearly read the minds of people with mental illnesses (such as dementia or schizophrenia), nor those of some 'geniuses' such as Magnus Elphrenson or people with eidetic memories (who remember facts faster than he can). He is unable to read Tia Tremblay because of her epilepsy medication.

If Toby overuses his ability, it can cause severe headaches, a symptom of excess electrical activity that could be life-threatening. However, by Season 3 he gets this problem under control. 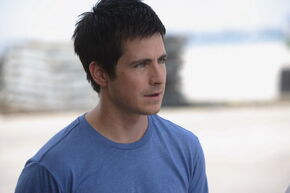 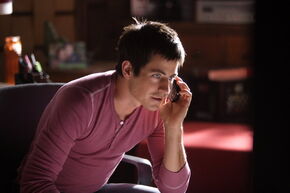 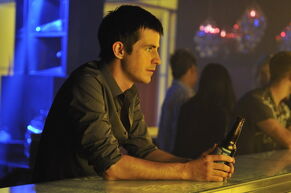 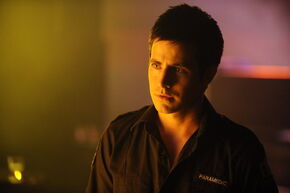 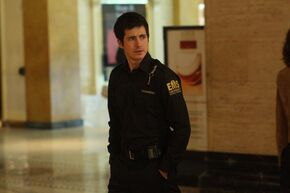 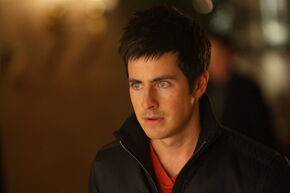 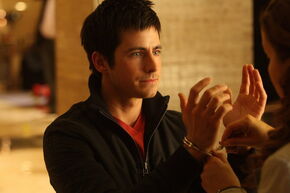 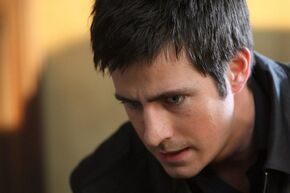 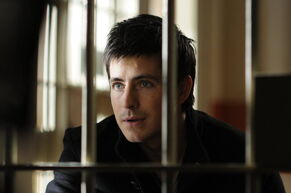